Shorekiji Temple was named by Emperor Ichijo after the name of the era in which it was built. It was believed that it had brought much-needed rain after a drought in the summer of 991 A.D. had put the city on the verge of disaster. 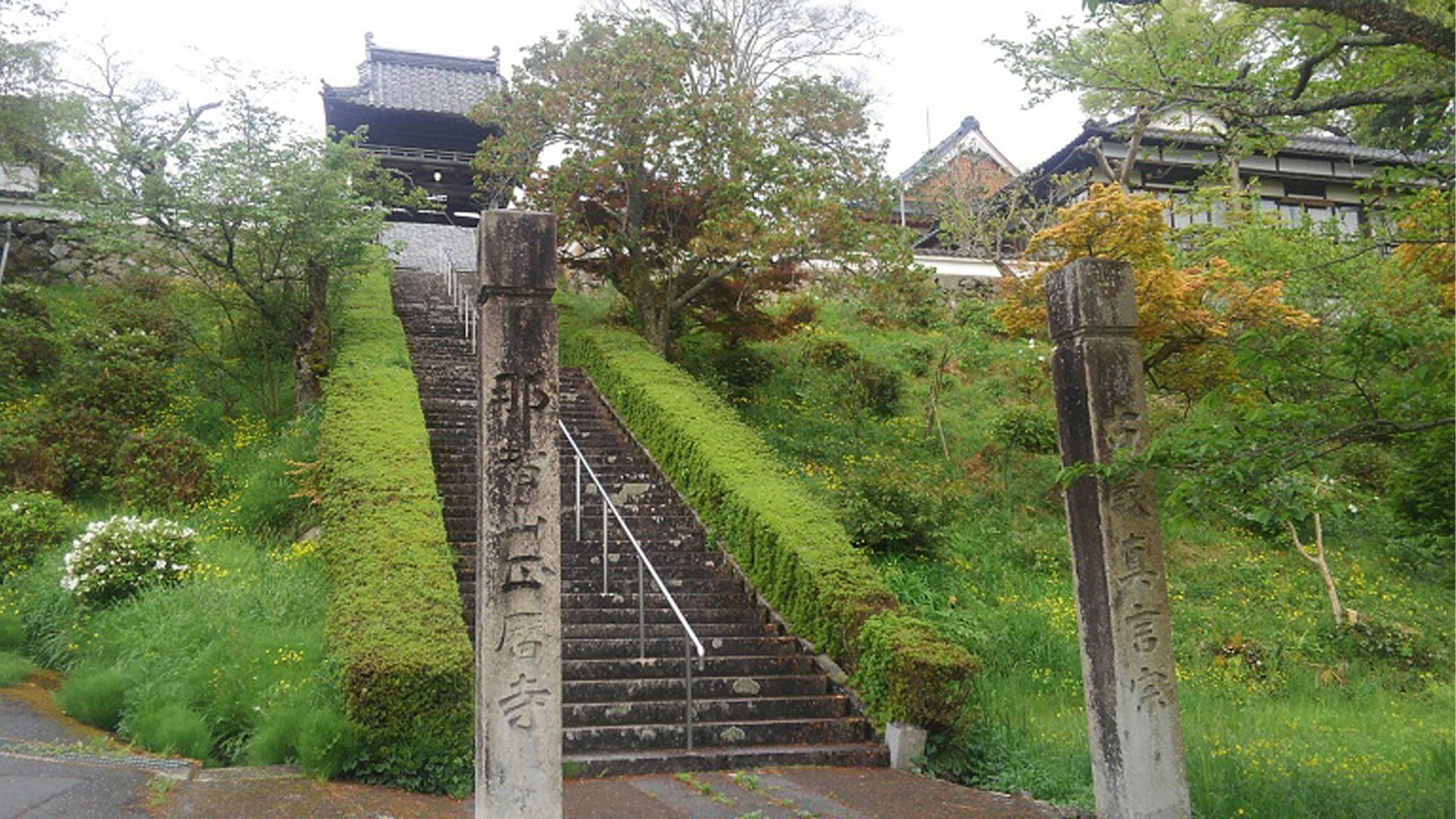 The Japanese rock garden made in the 1700s consists of rocks and moss portraying the flow of water. It has been designated as a scenic spot by the Kyoto prefectural government. On the premises are bush clovers and rhododendrons offering transient views with the changing of the seasons, while the main gate atop a hill offers panoramic views of Yura River and Shin-ayabe-ohashi Bridge. 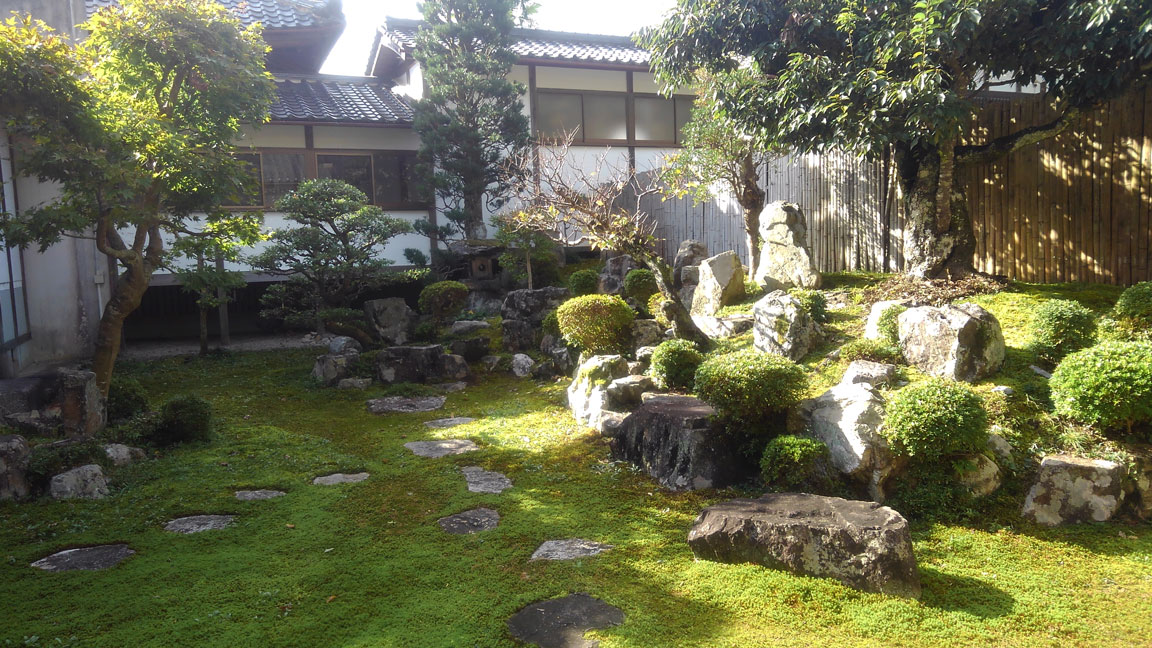 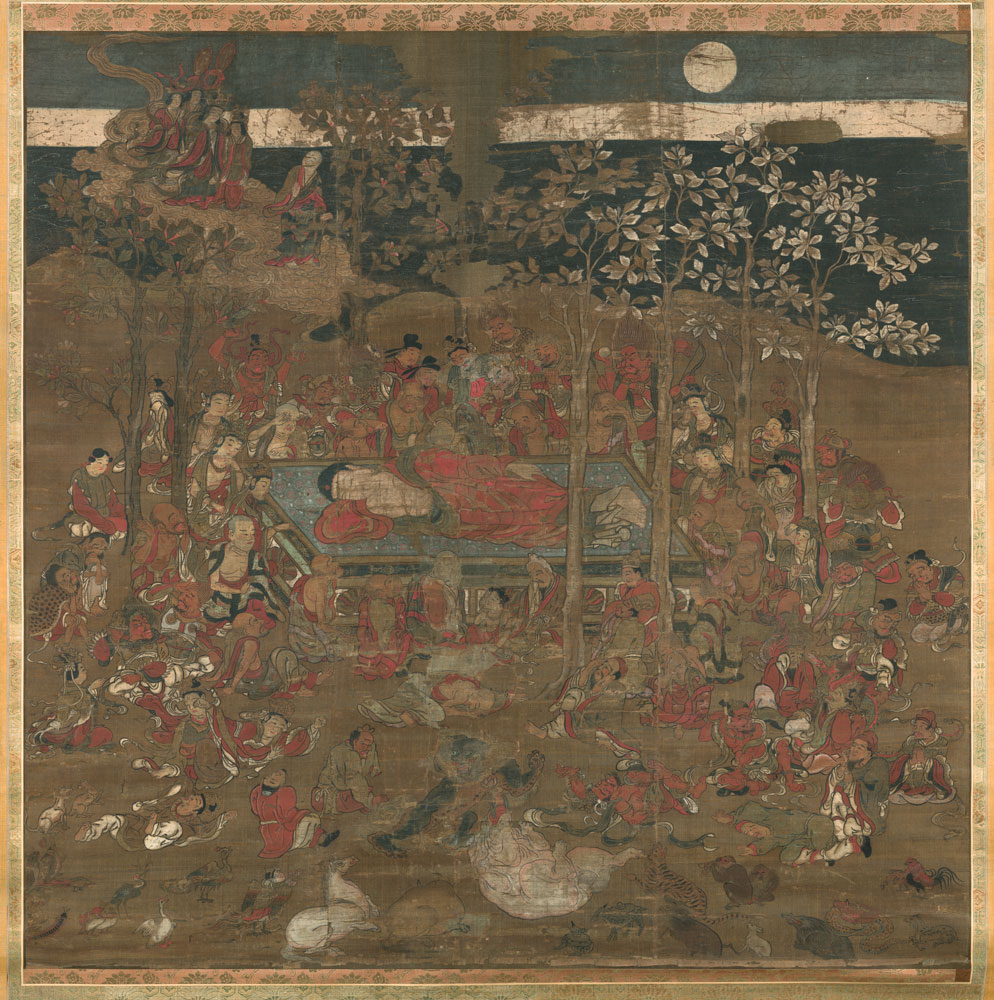 This Nehan-zu portrays Shaka laying down beneath sal trees to spend the last moments of his life, with bodhisattvas, disciples, followers and animals lamenting his passing. The delicate picture painted in rich colors and soft lines depicts people crying with their faces held down, those covering their eyes in sadness, and even expressions on the faces of animals. The Buddhist picture has been painted on silk instead of paper, resulting in vivid colors and a sense of depth. It is believed to be from the Kamakura period (1182 – 1333) due to its painting style. It was designated as an Important Cultural Property in 1904.