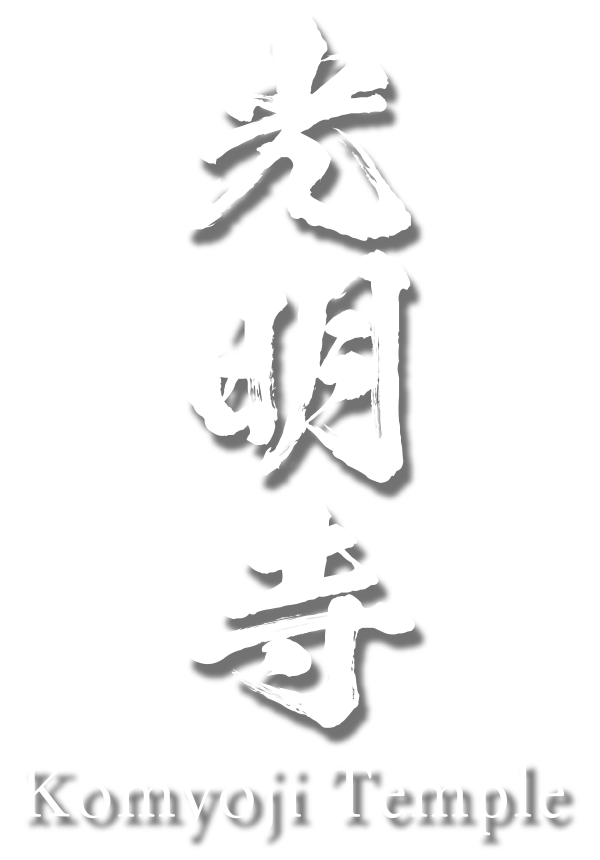 Komyoji Temple is said to have been built in 599 A.D. by Prince Shotoku. It thrived in the 1200s, consisting of as many as 72 halls and temples, but everything burned down in fires and upheavals during the Warring States Period, leaving only the Nio-mon Gate. After that, the temple was reconstructed and burned down repeatedly, becoming the stage of great historical turbulence. The current main temple was reconstructed in 1838, and it is one of the biggest of the Shingon Sect in Tanba and Tango Provinces. The carvings on the eaves of the main temple were carved by Nakai Gonji-itto, a sculptor who worked throughout the Kinki region, and a characteristic of his carvings can be seen in the eyes of the dragons. 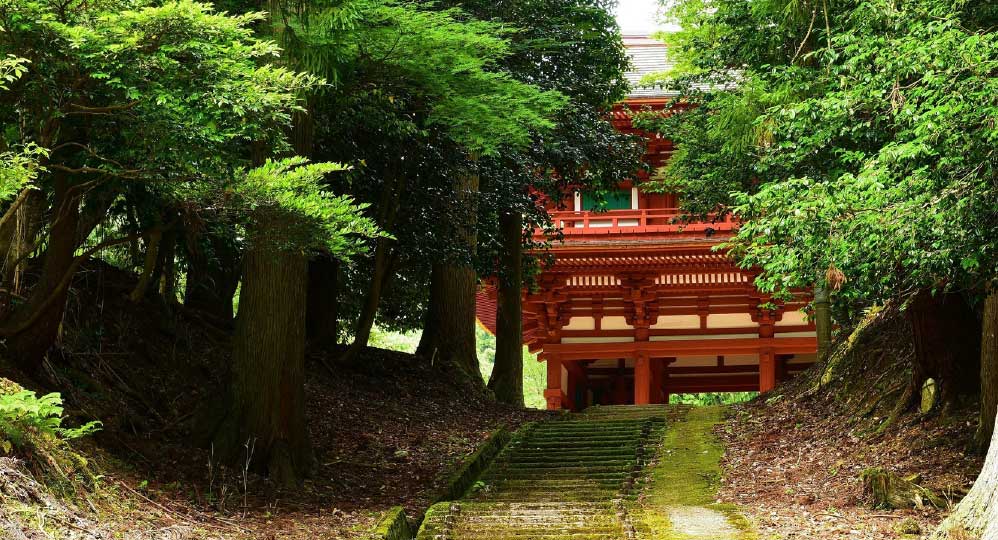 Take a 10-minute walk down the road from the main temple of Komyoji Temple, and you will see the Nio-mon Gate characterized by its vermilion color. It was built around 780 years ago, and continues to stand in its original location, in its original form. Nio-mon Gate is a wooden structure requiring a lot of care to prevent it from rotting. It was dismantled for repairs in 1950 and again underwent preservation work in 2016. The latter work took three years to replace the damaged roof boards and repaint the gate to restore its original appearance. Today, you can see it in all its former glory from 780 years ago. 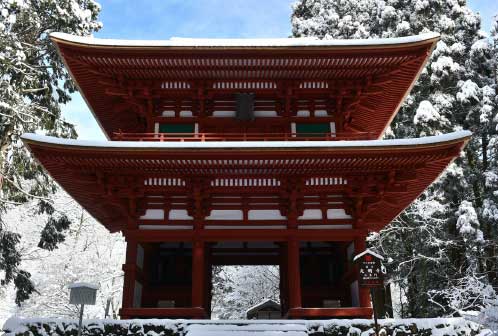 A “nio-mon” is a type of gate with statues of Nio Guardians (Kongorikishi statues) on each side to ward off evil. The solid gate has a double-layered roof, which was built not for practical purposes but to indicate the formality of the structure. That is why there are no rooms on the second floor. The upper parts of the pillars have decorations that at the time of construction were state-of-the-art, testifying to the innovative design of the gate built deep in the mountains. A sign staked to its ridgepole indicates that construction began in 1242, and was completed in 1253. Then in 1954, it became the only structure in northern Kyoto to be designated as a national treasure. 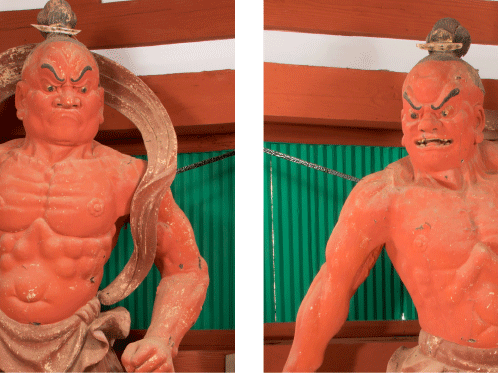 The two Kongorikishi statues of the Nio-mon Gate form a pair known as “Nio-san.” Nara-enkengo-o, the Agyo statue with its mouth open, portrays open anger, while Misshaku-kongorikishi, the Ungyo statue with its mouth closed, portrays inner anger. Together they prevent evil from passing though the gate. They were carved by Higo Jokei, who inherited the Keiha school of Buddha statues, and were installed when the gate was built. Horyuji Temple, Todaiji Temple, Kinpusenji Temple and this Komyoji Temple are the only places where national treasures or important cultural properties are found inside a gate designated as a national treasure itself. They were designated as Important Cultural Properties in 2019.