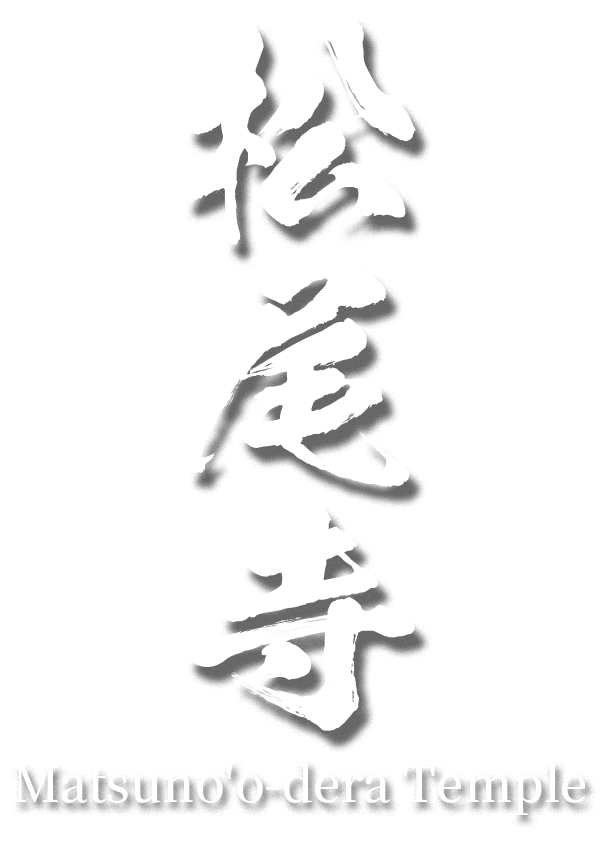 Matsuno'o-dera Temple on Mt. Aoba, founded in 708 by Priest Iko, enshrines a statue of Bato Kannon (Horse-headed deity with compassion). It is an object of religious beliefs and practices related to fishing, farming, traffic safety, animal protection,and even horse racing. The temple is Pilgrimage Site 29 on the Saikoku Kannon Pilgrimage registered as a Japan Heritage site, which is Japan's oldest route. The old gingko tree on the site, designated as a natural monument by Maizuru City, is said to have been planted by Emperor Toba himself in 1119. The temple also has many cultural properties, including a national treasure painting and the Buddha Dance "Hotoke-mai" since the Middle Ages. 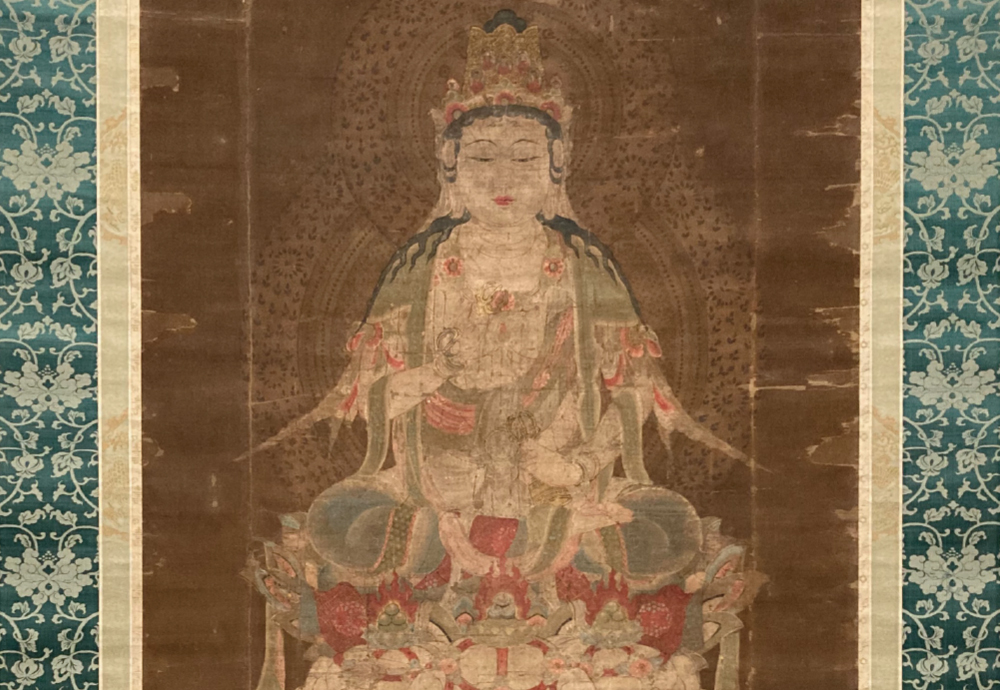 This is the only Buddhist painting that has been designated as a national treasure in Maizuru City, and it was painted during the Heian period. The painting shows Fugen Enmei bodhisattva sitting on a three-headed white elephant, and below them are many tiny elephants propping up the bodhisattva. The painting makes extensive use of gradation and contrast, along with gold and silver leaf in a technique known as "kirikane" to bring out the patterns, resulting in the gentle and calm expression on the face of the bodhisattva depicted in great detail. It was designated as a national treasure in November 1952. 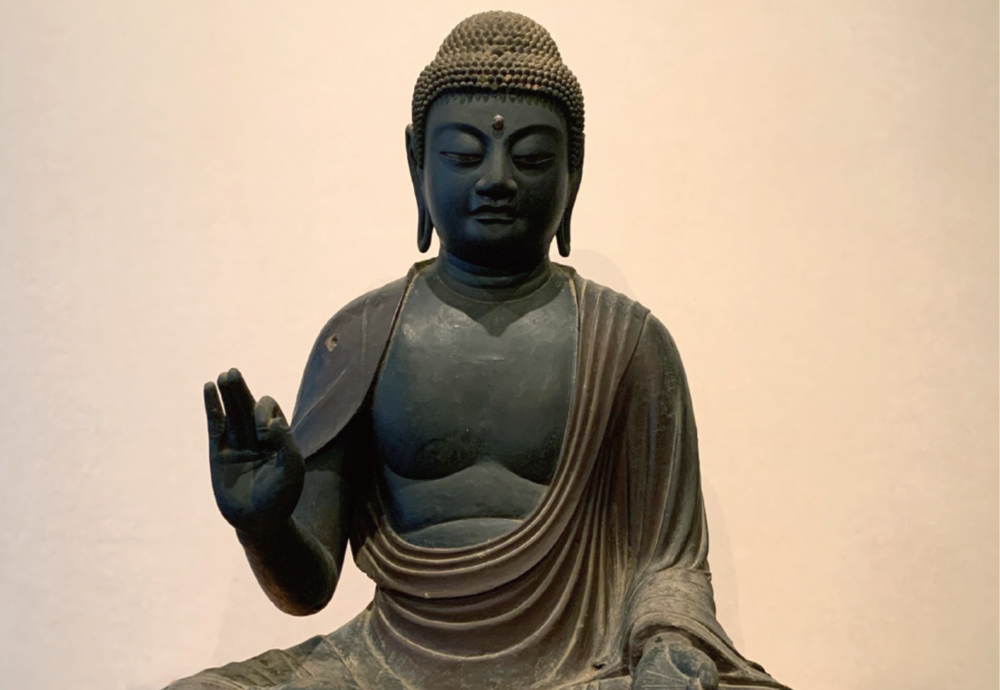 Ink inscriptions were found inside the head of this wooden sitting statue of Amida Nyorai in 1963, revealing that it was an early work of Kaikei's, a sculptor of Buddhist statues in the early kamakura period. It lacks a pedestal and halo, and although the hands were repaired later, it has won high appraisal as a particularly outstanding early work of Kaikei's. There are around 20 statues throughout Japan that had been inscribed by Kaikei himself. Three of them are in Maizuru City, with one enshrined in Matsuno'o-dera Temple, and the other two enshrined in Kongoin Temple. It was designated as an important cultural property in June 1971. 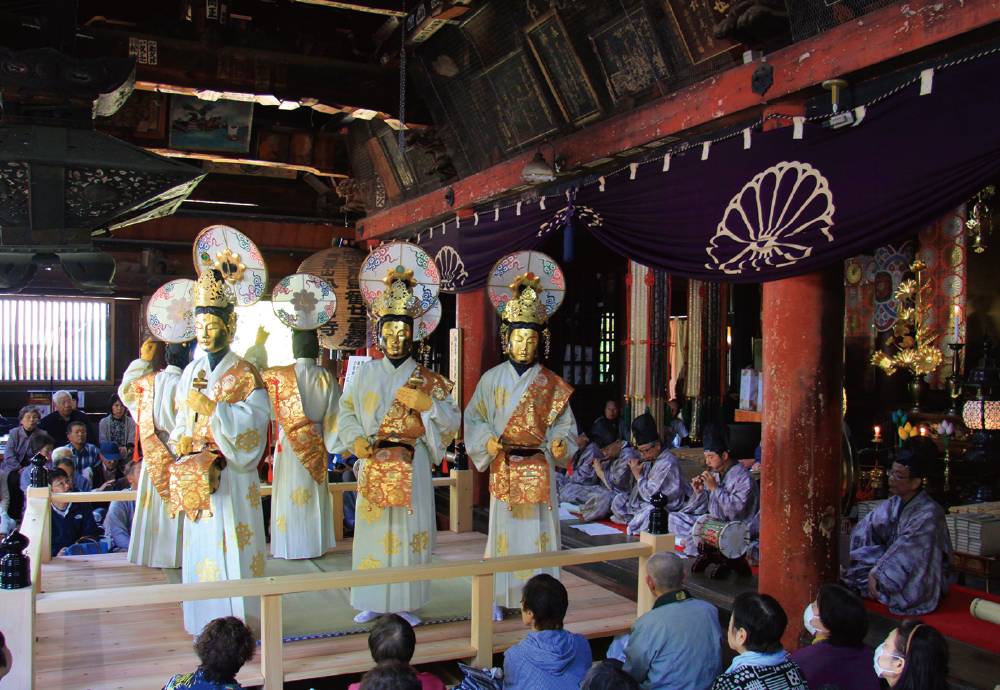 Hotokemai is a dance that has been performed as a dedication since before the Edo period, and it is showed off on May 8 every year. The elegant performance is danced by Shaka-nyorai, Dainichi-nyorai and Amida-nyorai, accompanied by Japanese court music. The dance and music are by local residents and it has been preserved to this day by the Matsuno'o-dera Hotokemai Hozonkai. It was designated as an important intangible folk cultural property in February 2004.