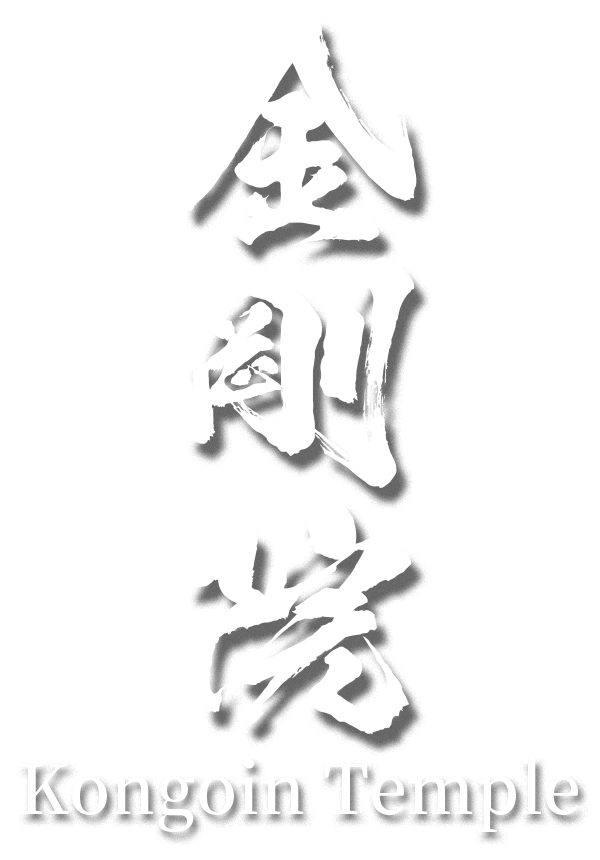 Kongoin Temple of Mt. Kawara Jionji Temple is said to have been built by Prince Shinnyo in 829. The temple later became dilapidated, but it was restored by Emperor Shirakawa, who also built a three-storied pagoda. It is also known as the "maple temple of Tamba" for the autumn colors. Tsurukame-no Niwa (Crane and Turtle Garden) made in the 1700s and the main temple blend into the scenery maintaining the historical appearance of this temple. 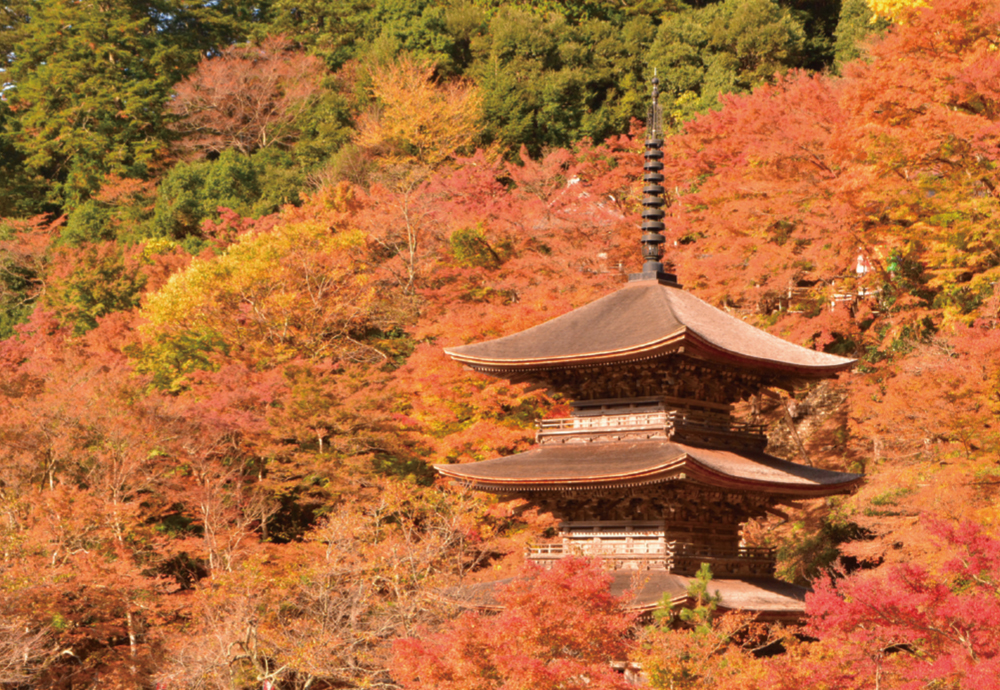 The three-storied pagoda is said to have been built for Prince Shinnyo's memorial service in 1083. The current pagoda was rebuilt around the 1400s as indicated by the characteristic decorations from that time. Enshrined inside the pagoda is a sitting statue of Prince Shinnyo who founded the temple. The pagoda blends into its surroundings during all seasons of the year. It has even been mentioned in Yukio Mishima's novel, The Temple of the Golden Pavilion, and has won high appraisal as an elegant three-storied pagoda. It was designated as an important cultural property in April 1917. 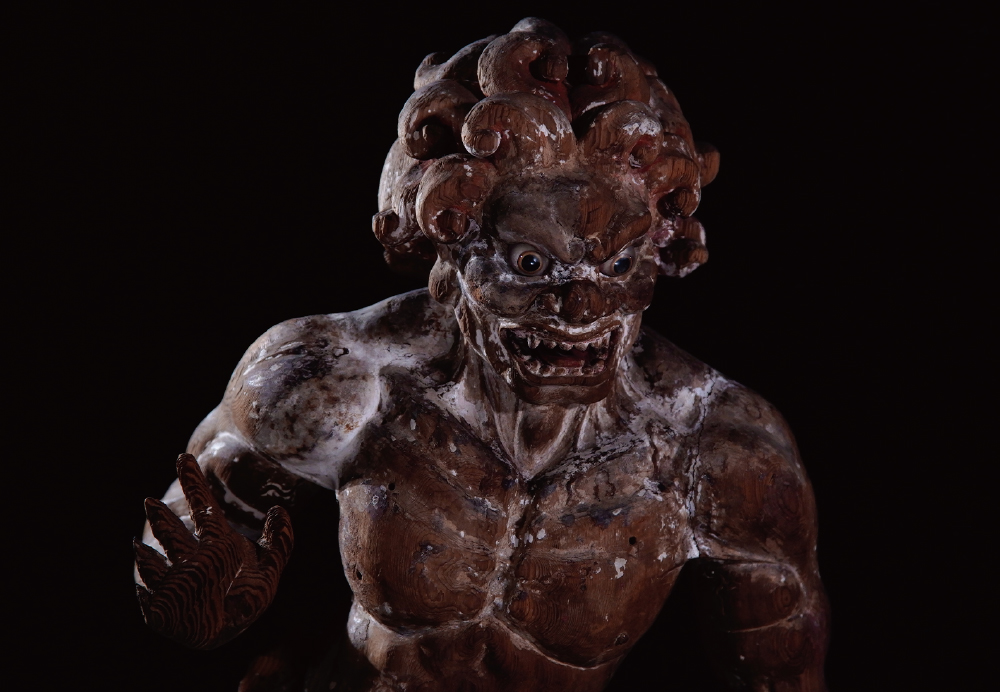 Jinja Taisho is a Buddhist guardian deity, known for being the model for Sagojo, who appears in Journey to the West. There is an ink inscription on the inner side of the left leg revealing that it was an early work of Kaikei's, a sculptor of Buddhist statues from around the 1200s. There are around 20 statues throughout Japan that had been inscribed by Kaikei himself. Three of them are in Maizuru City, with two enshrined in Kongoin Temple, and the other one enshrined in Matsuno'o-dera Temple. It was designated as an important cultural property in April 1910. 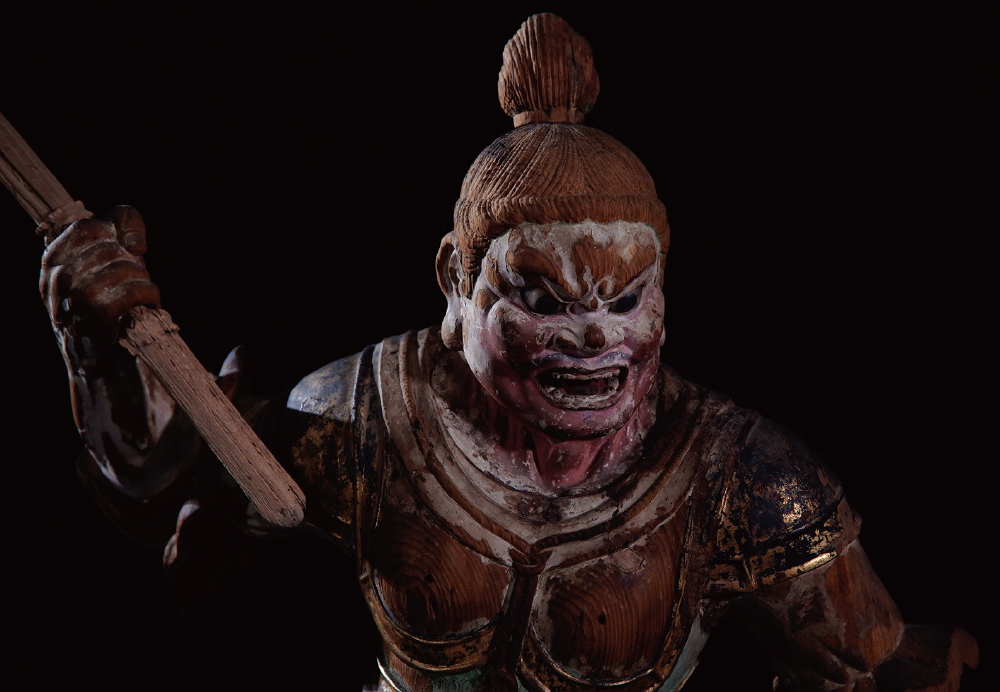 Shitsukongo-shin is a guardian deity who protects Buddhism. It is armed and serves to guard Buddha. As with the wooden standing statue of Jinja Taisho, it is said to have been sculpted around the 1200s by Kaikei, a sculptor of Buddhist statues. It is believed to have been paired with the Jinja Taisho statue. This statue has many similarities to the Shitsukongo-shin at Todaiji Temple in Nara City, for which it is believed to have been copied by Kaikei. It was designated as an important cultural property in April 1910.