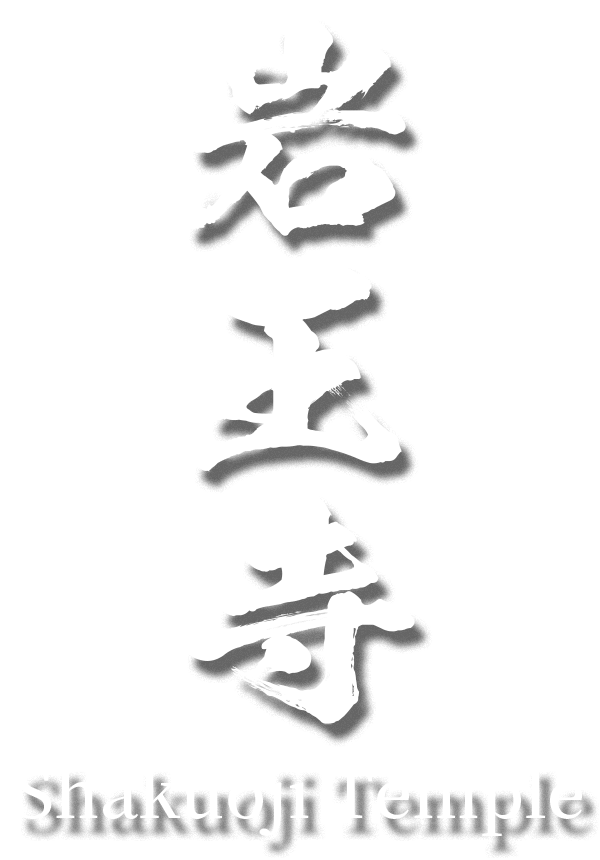 Mt. jingu Shakuoji Temple is said to have been built by Kuya Shonin in 949. The temple was named "Shaku-Oji" (Stone Prince) after the ink stones that the Emperor Saga collected from the mountain behind the temple and which he is said to have cherished. *Today, the stones are called "Shakuoji Ishi." The Shakuoji Ishi have been placed around the stone garden in the front yard. The garden is in harmony with the thatched roof and seasonal flowers for which the temple has become known. 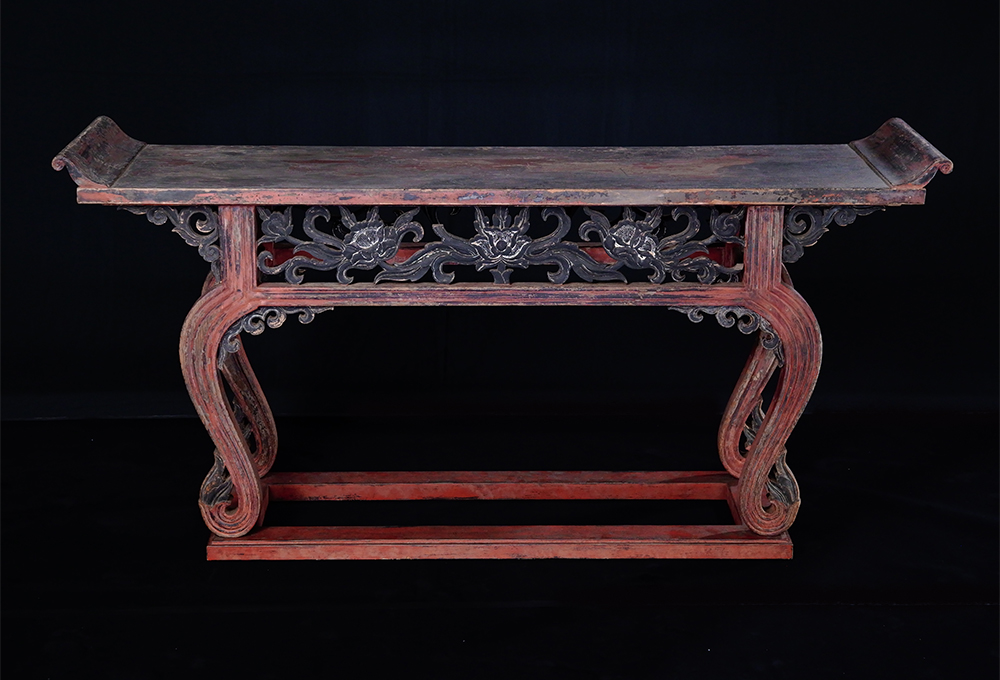 Kyushitsutaku is a table in front of the principal image of Buddha that holds incense burners, candle stands and vases. It has been decorated with intricate carvings, demonstrating the splendor of Buddhist sutra-reading tables from the period around the 1400s. "Kyushitsu" is a complicated technique used in Japanese lacquer work, that involves multiple layers of lacquer application. It was designated as an important cultural property in August 1925.