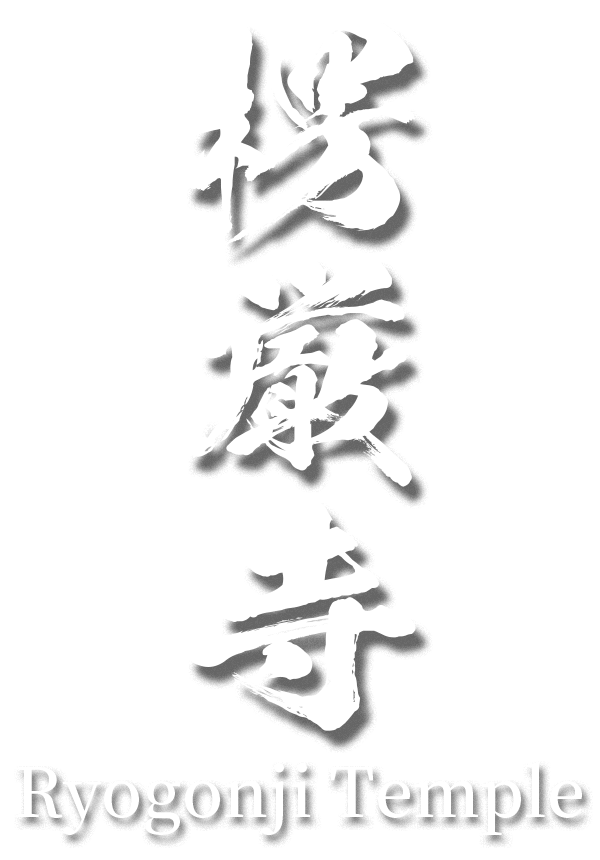 Mt. Engaku Ryogonji Temple is said to have been built by Rinsei Shonin in 732. With the passing of time, the main temple was reconstructed in 1708. Akita cedar boards with 96 paintings of a variety of flowers decorate the ceiling of the inner temple. The temple is also known by the name, "Karasu-dera (Crow Temple)," for the seasonal paintings of crows on the sliding doors. The "Kansai temple of flowers" offers enjoyment of different flowers in season, including rhododendrons and lotus flowers. 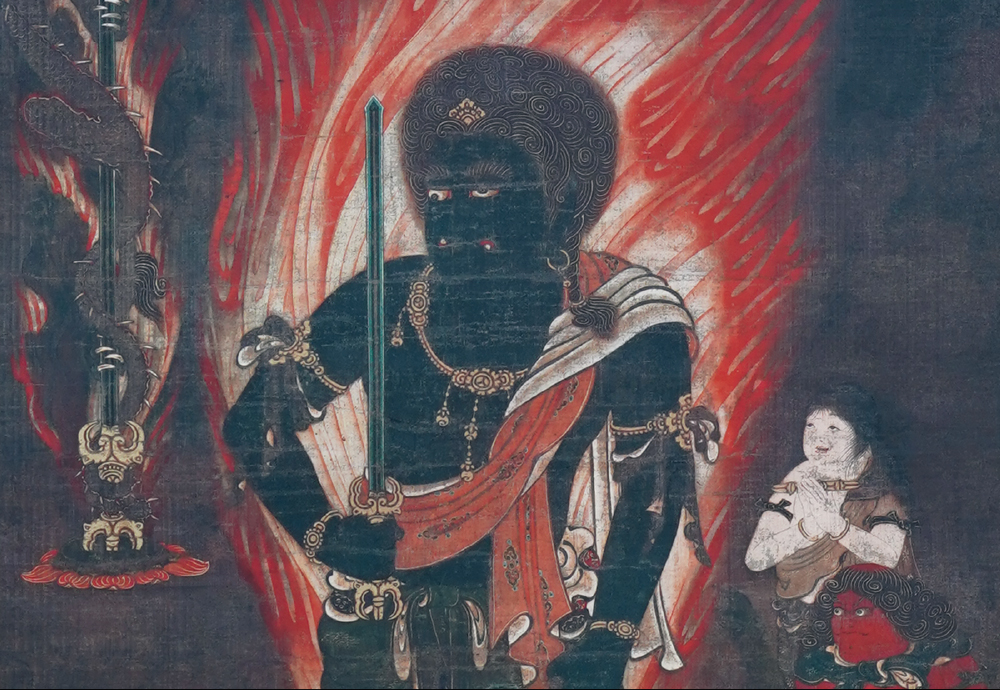 This is a hanging scroll depicting Fudomyo-o with three children. It has been painted on silk, not paper. This Buddhist picture went missing around 1912, and its designation was changed from national treasure to an important cultural property several decades later, in 1950. The work was re-discovered at the Museum for East Asian Art in Germany, but it was not returned to the temple because it had been acquired legally. A copy was placed on display in 2017, the first time since the original's disappearance 105 years earlier. It was designated as an important cultural property in February 1904.